London, 9 April 2019 – Kiwi.com, a leading online travel technology company, announces today that it has been working closely with Aéroports de Lyon to make it the first fully ground-to-air optimized airport in the world. 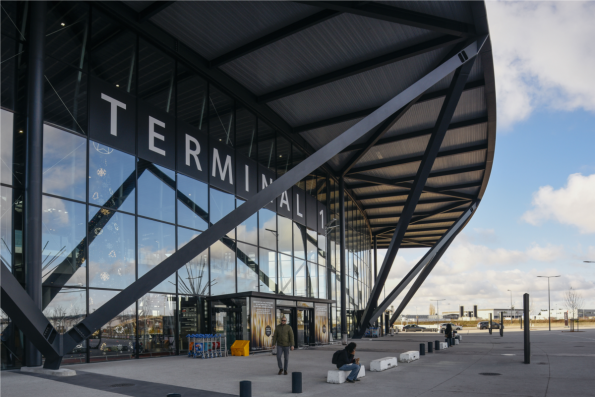 By working closely with Lyon Airport over the past 6 months to add full ground content networks connecting the airport, Kiwi.com can increase the catchment area of France’s second regional airport, raise customer satisfaction and offer new possible connections for better prices. Passengers are able to purchase in a unique booking a combined bus or train and air ticket with a Guarantee on the whole journey. All the ground access to and from the airport are indeed now available: Ouibus, Flixbus, Ouigo, high-speed TGV train and Rhônexpress.

Aéroports de Lyon has been selected by Kiwi.com because of their capacity to integrate new services and developments and the exceptional connectivity Lyon-Saint Exupéry airport has with its catchment area: 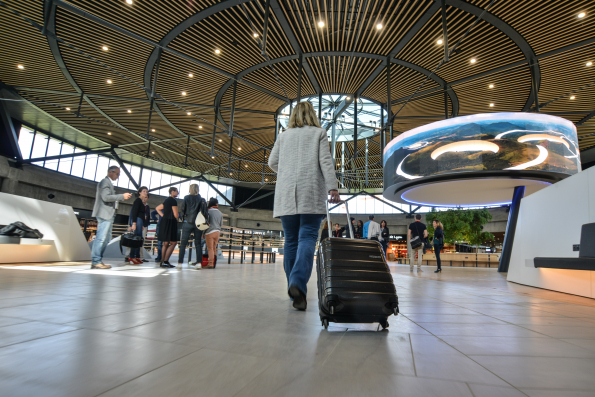 Kiwi.com is the ideal partner for minimum connection time optimization because it is the pioneer of Virtual Interlining, whereby its proprietary algorithm enables customers to automatically combine flights from more than 500 airlines, many of them budget carriers that do not normally collaborate with each other and use regional airports, into a single itinerary. This massively increases the range of travel options for consumers, from budget to luxury, as well as entirely new routes using multiple modes of transport that are not currently being served.

It is then now possible to book a journey from Saint-Etienne to Cagliari with a guaranteed connection between Ouibus and Volotea or to travel from Belgrade to Grenoble at a lower price thanks to Wizz Air and Ouibus.

Lyon-Saint Exupéry will be the first airport using Kiwi.com’s unique minimum connection time application programming interface (API) for optimizing connections by road, rail and air, completely covering the region of France’s second-biggest city with ground content that will be bookable through the Kiwi.com website.

“This cooperation agreement with Aéroports de Lyon will benefit customers greatly, as it will decrease minimum connecting time significantly, allowing Kiwi.com to offer new ground and air combinations via Lyon for a better price,” said Cédric Fechter Managing Director, from Aéroports de Lyon. “The airports of the VINCI Aéroports network aim to offer the best service to their customers.

“We are rethinking the journey of our customers to make it easier and more comfortable. Booked and guaranteed connections are an integral part of this process.”

Zdeněk Komenda, CBDO at Kiwi.com, said: “We are delighted to be partnering with Lyon Airports as they seek to further expand their excellent customer experience. At Kiwi.com our aim has always been to make travel better for all who want to explore alternative routes, carriers, budgets and so on to make their prefect trip”.

Kiwi.com (formerly Skypicker) was founded by Oliver Dlouhý and Jozef Képesi in 2012. Powered by its proprietary algorithm that allows users to combine flights from nearly 500 airlines (Virtual Interlining), including many that do not normally cooperate, and its industry-leading Kiwi.com Guarantee, it is one of the fastest growing technology companies in Central Europe. It entered the 2017 Deloitte Technology Fast 500 EMEA list in 7th place, becoming the highest ever ranked Czech company. Kiwi.com today handles 100 million-plus daily search queries and offers 225,000-plus price updates per minute, allowing users to obtain the best deals via notifications and Price Alerts. To learn more about Kiwi.com’s unique B2B offerings for airlines and airports, please contact b2b@kiwi.com

Aéroports de Lyon, a private company since 2007, is in charge of Lyon–Saint Exupéry for commercial aviation; 2nd regional airport in France and Lyon–Bron 3rd French airport for business aviation regarding their respective activities. Lyon-Saint Exupéry welcomed 11 million passengers in 2018. 131 direct destinations, of which 40 new routes launched the last 2 years, as well as quick and easy access to prime European and International hubs. Lyon-Saint Exupéry has all the tools necessary to continue its impressive rise as transport hub of the region: an ambitious investment plan to improve connectivity and client experience, a mindset focussed around innovation linked to the region’s eco-system, a high quality of services, the control of its environmental impact (Level 3+ ACA Airport Carbon Accreditation). The French state, which owned a 60% stake in Aéroports de Lyon company, finalized the acquisition by VINCI Airports consortium — Caisse des Dépôts — Crédit Agricole Assurances, of its shares in Aéroports de Lyon, the company holding a concession contract until 31 December 2047 for both Lyon-Saint Exupéry and Lyon Bron Airports.