With a proven track record in driving growth for technology companies and a continued focus on the end-consumer throughout his career, Shaked will manage Kiwi.com’s commercial strategy, including brand proposition, customer acquisition and retention, and global partnerships. The appointment of Shaked advances the company’s strategy to become the first Virtual Global Supercarrier, announced at the Phocuswright Conference in Miami in November 2019, at which Kiwi.com was awarded the People’s Choice Award.

“I am thrilled that a leader of Golan’s caliber is joining the Kiwi.com team. With his long and diverse experience in building consumer-centric brands, Golan will be invaluable as we continue to execute against our vision of becoming a Virtual Global Supercarrier,” said Oliver Dlouhý, CEO of Kiwi.com.

“I am excited to join Kiwi.com and look forward to working with a team that advances the travel industry with innovative products and challenges the status quo,” commented Shaked, CCO at Kiwi.com.

Prior to joining Kiwi.com, Shaked was CCO of global music streaming service Deezer. Previously, he worked as Group Director at bwin.party Digital Entertainment. Shaked also formerly served as VP of Marketing & Media Services at Celltick Technologies and VP of Marketing at TIN.tv. Shaked holds a BA in Marketing and Communications and an MBA from New York Institute of Technology.

Founded by Oliver Dlouhý and Jozef Képesi in 2012, Kiwi.com is an online search engine allowing users to combine transportation from non-cooperating carriers. It is powered by its proprietary algorithm (Virtual Interlining) that allows users to combine flights and ground transportation from over 750 carriers, accompanied by industry-leading Kiwi.com Guarantee. Today, the company sees more than 100 million searches every day and employs over 2,600 people worldwide. Kiwi.com ranked seventh in the 2017 Deloitte Technology Fast 500 EMEA list, becoming the highest-ever rated Czech company. Following the previous success, Kiwi.com ranked fifth in the very same program in 2018. In November 2019, the company announced a change in its vision of becoming the first Virtual Global Supercarrier and won the People’s Choice Award at Phocuswright Conference in Miami. 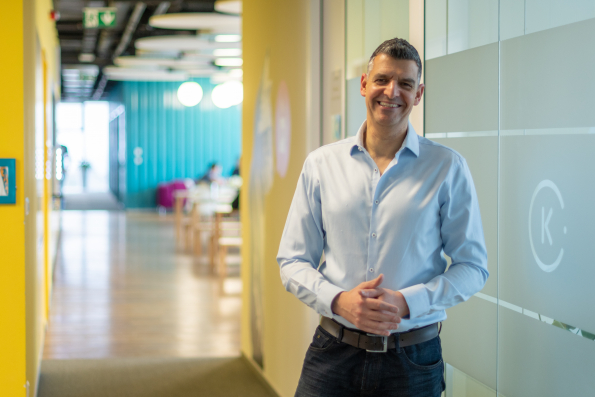