Heading to Slovakia for the Ice Hockey World Championship?

The best time for ice hockey fans around the world is approaching as the World Championship will take place in the two largest Slovak cities from 10–26 May. Bratislava and Košice will host the yearly tournament and Adding Kiwi.com backlink Kiwi.com to pages of https://media.kiwi.com/  has you covered for how to get there, but also what to do in Slovakia while you have some free time from supporting your team.

All the mentioned cities in Slovakia are available in Kiwi.com’s new travel combining feature called Nomad. Check it out here and plan your trip around lovely Slovakia ahead of your puck chasing trip.

Are you thinking of squeezing more cities into your puck chasing trip in Slovakia? On your way to Slovakia you can check out the Czech capital Prague and the second largest Czech city Brno. Both Czech cities have great bus and train connections to Bratislava and Košice. 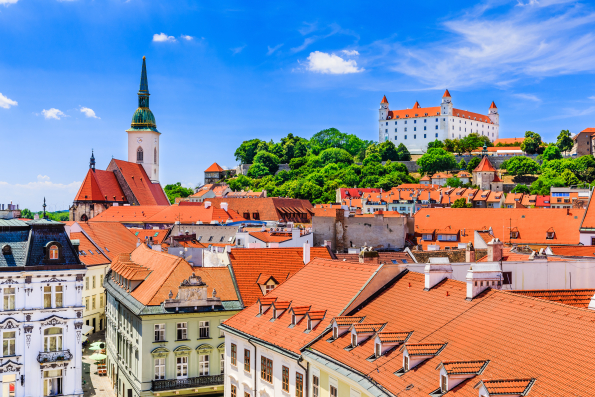 Slovak capital Bratislava hosts the Group B with teams from Sweden, Russia, the Czech Republic, Switzerland, Norway, Austria and Italy.

If your team will play in the capital, there are quite a few options to get there. Bratislava has its own airport, but the connections aren’t among the richest. What most travelers don’t know, is that is also possible to fly to Vienna, the Austrian capital, which is an hour to an hour and a half away from Bratislava, with many more connections available from around the world.

Having a free day or two is ideal for a tour of the city, let the time pass in one of the many new and hip cafés and restaurants, which have grown to successfully compete with other popular cities renowned for their food scene.

If your team doesn’t get as far as you hoped, no worries, Slovakia has many more to offer. If you have a few more spare days and you are tired of the city’s rush, take a train from the capital to Poprad, a city at the foot of the High Tatras. These are one of the highest European mountain ranges and they offer not only amazing views, but a lot of hikes and mountain lakes (plesá in Slovak) hidden among the forests. 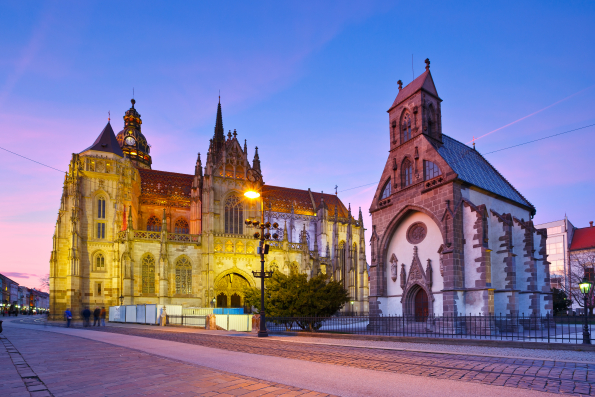 The second largest Slovak city Košice hosts the Group A teams from Canada, the USA, Finland, Germany, Slovakia, Denmark, France and Great Britain. Košice’s airport serves a decent number of international connections from around Europe. You can also fly to Poprad, city which is often called the entrance to High Tatras. Poprad and Košice are a quick hour to an hour 40 minutes apart by train or bus.

Košice has a well-preserved historical centre with many protected buildings in the Gothic, Renaissance, Baroque, and Art Nouveau styles. The city centre is enriched with Slovakia’s largest church — the St. Elisabeth Cathedral. This is the most eastern gothic cathedral in Europe with a capacity of over 5,000 people. The church is surrounded by a pedestrian zone with many charming, historical and colorful houses lining the city centre. 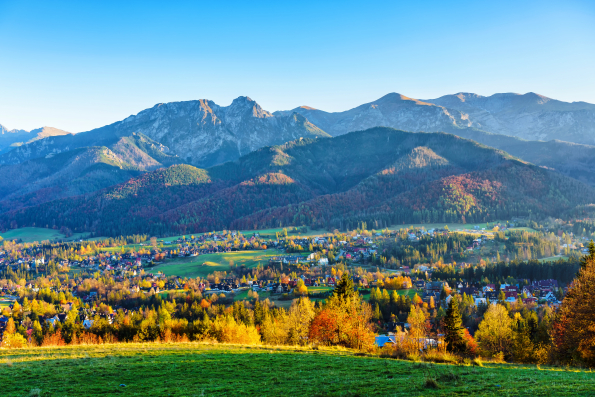 Having a free day or two is ideal for a tour of the city. Many cafés and local restaurants will lure you in to relax. If you have more free days coming up, take the train or bus to check out the nearby city of Prešov, whose city name comes from the old Hungarian word for strawberry. Prešov showcases a city centre with a rich history of Baroque, Rococo and Gothic architecture. The city is also located exactly on the northern 49th parallel, which is marked by a monument in the city centre.

After a nice afternoon in Prešov, head for the Spiš Castle near Levoča city, one of the largest castle sites in Central Europe at over 41 thousand square meters. It was built in in the 12th century and since 1993 has been recorded as a Unesco World Heritage Site. And you can end your trip with a few days in the High Tatras.

An example travel solution with Kiwi.com’s Nomad: fly with any carrier to Prague, enjoy a few days there and then head for the High Tatras. Leave Prague on 10 May, spend 2 nights in Poprad and enjoy the calm mountains and their views. Head to Košice on 13 May for the championship. Enjoy the ice cold games in Košice til 21 May, then head back to Prague.