Kiwi.com has seen an overall 177% increase in MultiCity bookings in 2018

London, 28 August 2018 – As Sunday 26 August marked the 250th Anniversary of Captain Cook’s maiden round-the-world voyage, flight booking website Kiwi.com looks at some of the amazing destinations that were discovered on this epic journey.

Departing from Plymouth in 1778, Cook and his 100-strong crew embarked on the trip of a lifetime that would have even today’s jet-setters jealous. 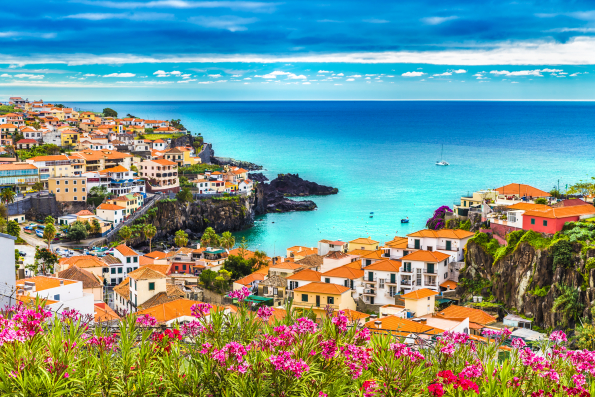 This tiny island off the coast of Portugal, rising out of the Atlantic’s waves, was the first stop of HMS Endeavour. The iconic harbor of the islands’ capital, Funchal, with its dazzling firework displays and botanical gardens will be sure to keep you entertained. The islands are also famed for their wineries. And for sports fans, the CR7 Museum is a must see! Flights to this Atlantic island start from as little as £45 with Kiwi.com. 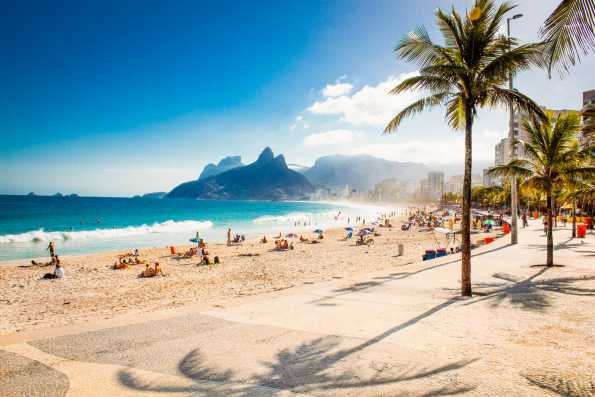 Cook used Rio De Janeiro as a supply stop, but travelers today will take in the sights of Copacabana Beach, Christ the Redeemer and shimmy to some Samba Music. Revelers will also marvel at the views from Sugarloaf Mountain, or party the days and nights away in Rio’s carnival atmosphere. One thing’s for certain, Rio is a far cry from the days of Captain Cook and travelers can reach the party capital of Brazil for just £324 with Kiwi.com. 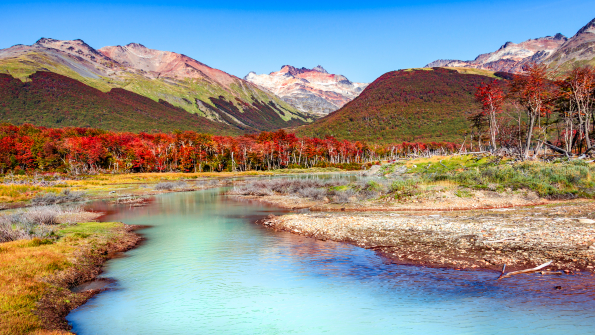 When Cook ventured ashore at Tierra Del Fuego, he described the locals as: “The most miserable group of people on the planet.” Tierra Del Fuego truly could be The End of the World. But nowadays, travelers are blown away by the staggering scenery offered at the gateway to Antarctica. The snowy mountains and glaciers are timeless or visit Ushuaia’s busy port and take a boat trip to penguin isle! Reach the end of the world with Kiwi.com for £424. 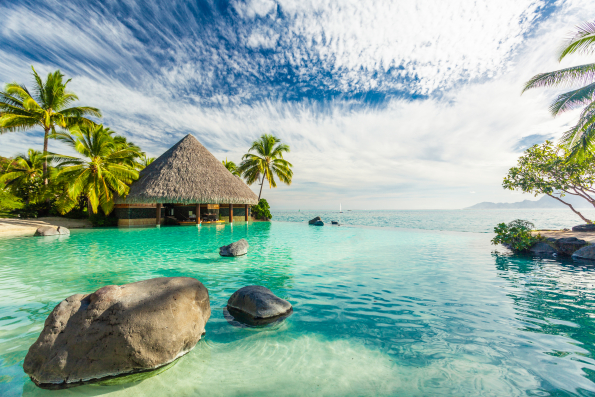 Just the thought of Tahiti brings images of palm trees and sandy beaches. In fact, when it was time for Cook’s voyage to leave the island, two of his crew attempted to desert, due to falling for local women and it’s easy to understand why as the Polynesian hospitality and staggering natural scenery will make you fall in love with this little piece of paradise in the Pacific. Flights to this stunning island start at as little as £483 with Kiwi.com. 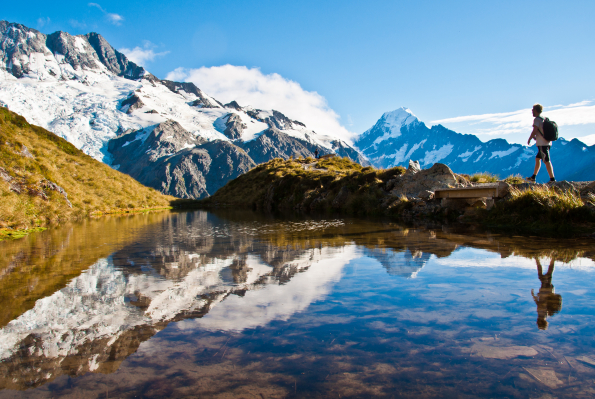 When Cook first arrived on the coast of New Zealand, he was greeted with the Maori people and the Haka! Nowadays, the traditional war dance can be experienced by watching the world famous All Blacks rugby team. New Zealand is one of the world’s most popular tourist destinations, and it’s not hard to understand why. The ultra-modern city of Auckland, the beautiful 15,000-kilometer coastline, and of course, the scenery and landscape that made Lord of the Rings possible! From marveling at the breath-taking scenery to swimming in geothermal rivers, there’s so many things to see and do, it’s easy to appreciate why Cook spent months sailing the coastline all those years ago! Explore the many wanders New Zealand has to offer with Kiwi.com, with flights from just £440. 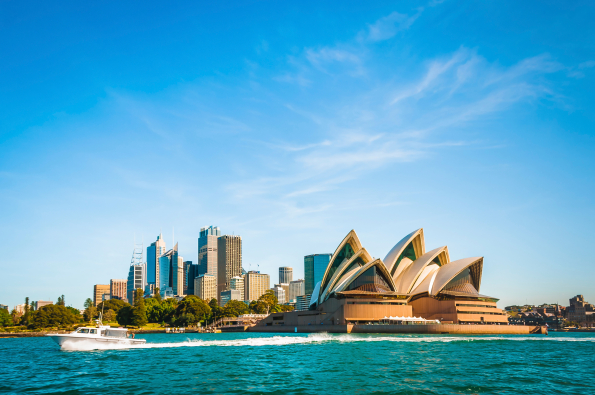 When Cook landed at Stingray, New Holland, as the land Down Under was known back in 1770, he can’t have known that just 250 years later, the area would be home to Sydney Opera House, Sydney Harbour Bridge and some of the most amazing beaches on the planet. If year-round BBQ weather and surfing is your bag, Kiwi.com offers flights from the UK starting from £298. 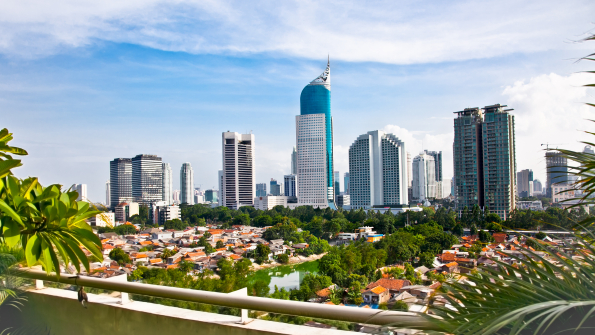 Indonesia’s capital was the port where Cook’s ship, the Endeavour, received repairs after damaging itself on the Great Barrier Reef. Back then, it was part of the Dutch East Indies, but now, it could be one of the most multicultural spots on the planet! Javanese? Arabic? Malay? European? You name it, there is some part of their culture in Jakarta! Visit the old town for a taste of what Cook experienced when he sailed to this former Dutch Colony. Kiwi.com offer flights to Jakarta from just £216. 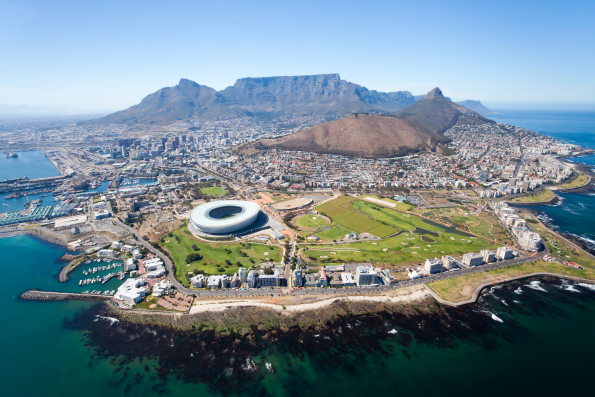 Cook’s final stop on his epic voyage, Cape Town, sits on the Cape of Good Hope. Dramatic cliffs, table top mountain and Robin Island, the Prison that held Nelson Mandela for 25 years, are tourist hotspots for visiting holiday makers. Cape Town can truly be seen as one of Africa’s jewels, and no true around the world voyage can be completed without seeing this incredible city, Kiwi.com offer flights to Cape Town for just £280.

Cook was one of the first MultiCity adventurers 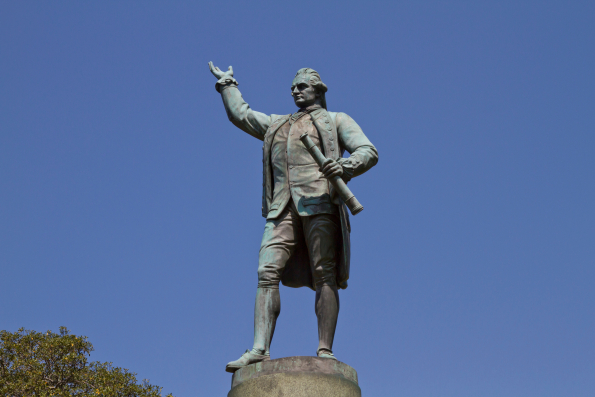 An unintentional trend-setter, Captain Cook was one of the first known travelers to embark on MultiCity adventures, a concept that has seen a 177 per cent increase in popularity with British holiday makers in recent years, Kiwi.com has revealed.

Multiple destination bookings, more than one direct flight in a single itinerary, is an increasing trend, with over a million bookings made in the last three years. According to new data, Mancunians are the most adventurous Brits when it comes to multi-city escapades, as Kiwi.com recorded a 24 per cent increase in bookings in 2018.

Travelers from the capital are also partial to visiting more than one city on their jollies according to the flight booking website, as multi-city bookings from London have also experienced a surge of 190 per cent in 2018.

Alison Couper, Kiwi.com said: “As we mark this special anniversary, it’s a reminder to us all of what a pioneer Captain Cook was. Even after all these years, it’s amazing to see that the appetite is still there to explore new worlds by travelers today, made easy through advances in technology by Kiwi.com.”

Kiwi.com have launched the innovative new MultiCity tool, Nomad, which allows users to automatically combine flights from nearly 700 airlines, many of them budget carriers that do not normally collaborate with each other, into a single itinerary in a process called Virtual Interlining.

Captain Cook’s journey can be replicated using the Nomad feature on Kiwi.com, with deals starting from £3051.

*Flight search based on Kiwi.com data collected on 28th   August 2018

For more information, please contact Bill Collier or Emilie Sillett on: 0161 669 4708 or Kiwi.com@welcometofrank.com

Kiwi.com was set up by CEO Oliver Dlouhý and CTO Jozef Képesi in 2012 in order to provide great value flight itineraries and combinations, with sites serving global customers with 24/7 support. The company sees more than 50 million flight searches daily and employs over 1,900 people.

The site makes air travel affordable and easy, allowing consumers to book individual flights to complete flight itineraries across multiple airlines, both low-cost and full-service carriers in a straightforward and cost-effective way.